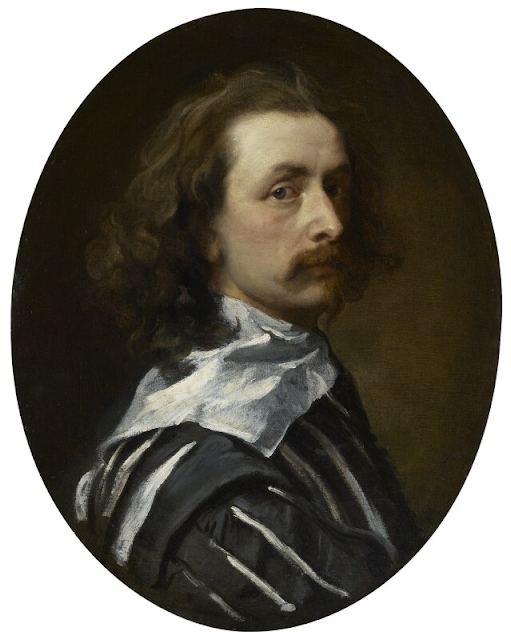 Anthony van Dyck was born in Antwerp, Belgium in 1599 to a wealthy silk-merchant. At the age of ten, he was apprenticed to Hendrik van Balen, who painted small cabinet pictures and was the dean of the Antwerp Saint Luke’s Guild, which van Dyck registered as a master in by 1618. He began working as an assistant for the more experienced Flemish painter Peter Paul Rubens, helping him with large commissions such as the designs for his Decius Mus tapestry series and ceiling decorations at the Church of Saint Charles Borromeo in Antwerp. Being Rubens’ assistant, however, did not restrict his own painting career; his first independent works are dated around 1615, when he would have been only 17. By 1620 his work was almost as admired as Rubens’.

Although he was also skilled at sketching and engraving, and later tried watercolor, van Dyck’s preferred medium was oil painting, and specifically figure composition and portraiture. He worked in the service of James I and the court of England around in 1620, producing mostly figure compositions, but next turned to portraiture in Italy around 1621-1627, where his portraits of aristocrats were incredibly well-received. Portraits were typically commissioned for personal reasons and were intended to cultivate a specific image of the sitter’s status and identity. Van Dyck was exalted for this ability to convey the sitter’s personality and character in his elegant portraits, and he was considered a master of color and composition. Specifically, he was talented at mixing colors to create the illusion of texture in both shadow and light. He was also well known for his flesh tones, his depiction of reflective surfaces such as armor or silk fabric, and his choice of bold tints against darker backgrounds, which seems to have been influenced by Italian art.

Major inspirations for van Dyck’s portraiture were the works of Titian (he personally owned nineteen Titian paintings and sketched many others throughout his travels around Italy) as well as Rubens’ paintings he came across in Genoa; in fact, art experts sometimes still find difficulty in attempting to differentiate the works of van Dyck with Rubens. However, the Oxford Dictionary of Art and Artists notes that “van Dyck’s style was typically less energetic and more nervously sensitive than that of his supremely robust mentor, reflecting differences in character and composition (van Dyck was highly strung in temperament and comparatively slight in physique).” His portraits of aristocrats typically had a distinctive “type,” where the aristocrat was pictured as being slender, aloof, and proud. The setting and luxurious costuming of the sitter also typically contributed to a sense of grandeur. For the next 150 years, van Dyck’s portraits served as inspiration for later artists, especially Thomas Gainsborough in the later 1700s.

He spent time in the Netherlands before returning to the English court permanently. Some of his patrons throughout his life included the Archduchess Isabella, governess of the Spanish Netherlands; Frederik Hendrik, the prince of Orange; Frederick V and Elizabeth Stuart; Maria de’ Medici of France; and Charles I and Henrietta Maria of England. In 1632, he was named court painter to Charles I as well as being knighted; his glamorous portraits of Charles I and the court are typically the most well-known of van Dyck’s work. For the rest of his career (until his death in 1641) he moved between London, Antwerp, and Paris to work on various projects. In addition to portraiture, he painted landscapes, mythological compositions, and emotional religious works such as altarpieces for churches in Antwerp. Another one of his most extensive projects was called the Iconography, a series of printed engravings and etchings of aristocrats, artists, and other famous individuals of the time period; the prints were compiled into book form and sold posthumously around 1645.

Interested parties can access some of van Dyck’s paintings on his page at the National Gallery website as well as on my presentation at this link.

Edward Hyde was an English statesman during the Restoration who played an important political role in Charles II’s reign. Born in 1609, he worked as a lawyer until he became a member of Parliament and served in the Short Parliament in 1640. Later on that year, he served again in the Long Parliament. During this time, he believed that there should be a reduction of power in the traditional monarchy and supported Common Law. For a couple years, he was unsuccessful in his attempts to enter Charles I’s inner circle, but became close with the Prince of Wales, the future Charles II. Eventually, Hyde helped craft the Restoration Settlement and by 1661 was appointed Lord Chancellor, Chief Minister, and Earl of Clarendon. During his reign, he faced many enemies and much opposition because of his past beliefs expressed in Parliament and his drift from Charles II’s favor; as a result, he was blamed for many unfortunate events. A childless marriage between the king and Princess Catherine of Braganca, the sale of Dunkirk to the French, the Dutch attack up the River Medway, London’s ill-preparation for the plague in 1665, and even the results of the Great Fire of London in 1666 were all blamed on him. He was ultimately dismissed from his position in 1667 and fled abroad and died seven years later. 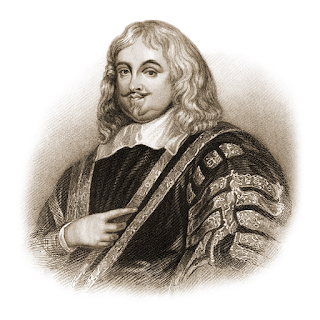 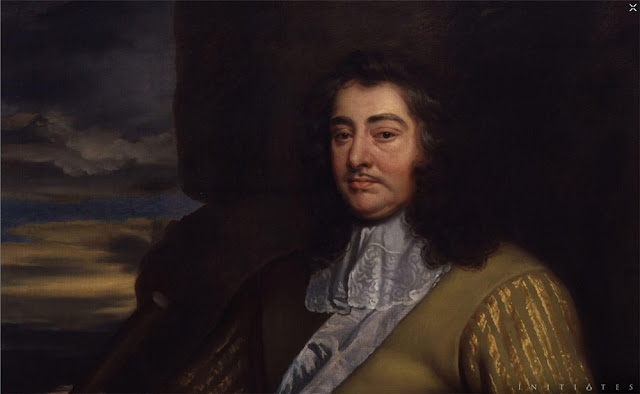 Scholars argue about this, but George Monck is seen as a child delinquent. Which doesn’t seem so debatable to me, because at the age of 16, in the year 1625, he attacked the under-sheriff who arrested his father, Sir Thomas Monck, who was being scrutinized for bribery and various other financial dealings. The sheriff would later die from those injuries.

So to avoid the legal liability of what he had done, George Monck volunteered for the expedition to Cadiz, which was an English and Dutch assault on an isle in Spain. The expedition is a disaster, in one instance, 1,000 English soldiers are found drunk by the Spanish and are killed.

Needless to say, Monck making it back alive was a bit of a miracle. Four years later, he would entire the service of the Dutch and earn a reputation as a good soldier and a disciplinarian.

By 1640, he had risen to the rank of leiutenant colonel.

And in 1642, at the outbreak of the Irish rebellion, he began to make a name for himself after receiving command of a regiment from his relative, the Earl of Leicester, Lord-Leiutenant of Ireland.

He scored victories at Kilrush, Rathroffy, and Clongoweswood.
Saved Ballinakill, from besiegement by General Preston.
And in 1643, the earl of Leicester made him governor of Dublin, before being overruled by the King.

After Ireland, he returned to England only to be imprisoned for refusing to betray his oath to King Charles. He remained there until the end of the First English Civil War, 1646. But his time there was not a total loss, because he met his wife Anne Clarges there, and wrote his book, [Text Wrapping Break]“Observations upon Political and Military Affairs.” However, it would not publish until after his death in 1671.

Monck was released from prison in 1646 after he swore an oath to Parliament and was placed back in command of Parliamentary forces in Ireland where he served during the Second English Civil War, where Royalists gathered after the execution of Charles I.

He would later command forces in Cromwell’s army during the invasion of Scotland, and eventually be elevated to commander-in-chief of the Commonwealth forces in Scotland after Cromwell left the country in pursuit of the Scots-Royalist army.

From there he commanded at blockade of Dutch commerce during the First-Angelo Dutch war, where he played a key role in creation of line-battle-fleet manuvers.

In 1654, Monck returned to Scotland to put down after Royalist uprising, Glencairn's Uprising. And for the next five years, he would be the military governor of the country. But during this time, rumors of his involvement in Royalist conspiracies began to surface.

And though he was approached in the summer of 1659 by Royalist seeking to restore the monarchy, he refused to commit.

Instead, he redeclared his loyalty to Parliament and ensured loyal from his officers by rounding up over 100 men who were perceived to be disloyal. By the end of the year, he was commander of all land forces in Scotland and England. And at Parliament’s invitation, they marched into London in February of 1660.

But in March of 1660 be began to plan with representatives of Charles Stuart about the Restoration of the English Monarchy.

With the Rump Parliament incredibly unpopular, Monck and his army supported calls for the reinstatement of MPs who were exiled during Pride’s Purge. With their re-admittance, the final session of the Long Parliament began and ended, with a call for an election for the basis of restoring the monarchy.

In April the Convention Parliament gathered and acknowledged Charles II as rightful heir to a restored Monarchy.

In May, Charles II made land fall and was personally greeted by General Monck.

Later, the Bill of Indemnity and Oblivion was passed, which pardoned all crimes done during the English Civil Wars.

After this Monck was given was named Earl of Torrington and Duke of Albemarle.

But he stepped away from politics.  Only returning to serve as governor of London during the Great Fire and the Great Plague.

And died ten years later, on Jan 3, 1670. With his wife collapsing from grief and dying just weeks later.
Posted by La Moda at 12:11 PM No comments: 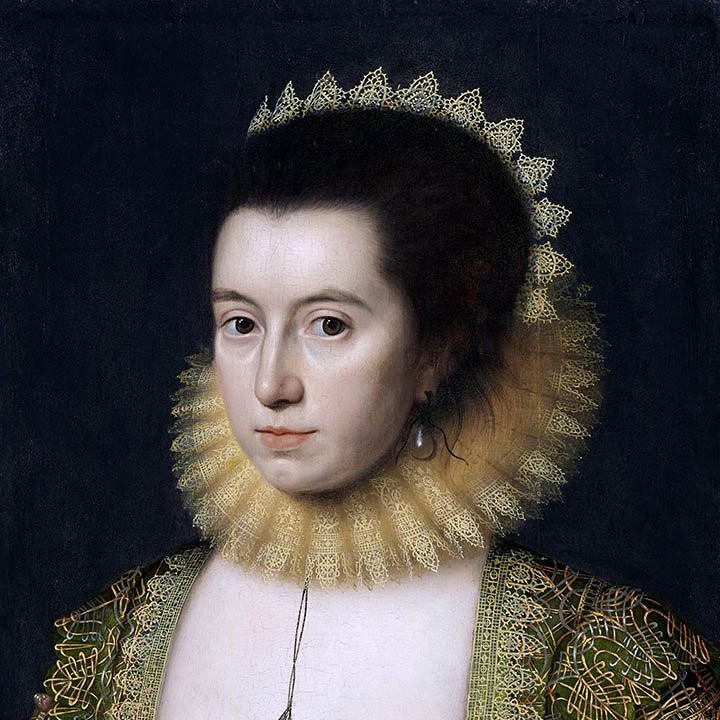 She was born in Skipton Castle and at the age of 15 her father died.
She was strong women, who fought for her inheritance from her uncle and finally her cousin.  She had three brothers who all died young and left a sizable amount of land and even a castle.  She was an expert jouster and quickly became Queen Elizabeth’s favorite.
Her love of literature and History grew with the help of her tutor and she deviled into gynecology to make the claim that she was a rightful heir to the estate.  However, she was thwarted by the court at every turn.  She did claim 15,000 pounds which helped her write tomes of gynecology records.  She also wrote numerus dairies.
Her dairies depict the trivial as well as the larger moments detailing the death of her father and the death and funeral of Queen Elisabeth I.  It also, depicts her early childhood and numerus family trees.  It has become an essential reference for historians.
She is ultimately responsible for our modern understanding of the daily life of the 17th century. It wasn’t until she was married in 1609 that her husband Richmond Sackville (1589-1624) took over the lawsuit that she had any luck.  The court awarded her a half of the estate but she wouldn’t comply. She wanted the full inheritance. Her mother was the only one to support her in this endeavor.  In 1604 despite, her husband pocketing 17000 pounds from a previous settlement did she at last gain the whole of the estate.

https://www.english-heritage.org.uk/learn/histories/women-in-history/anne-clifford/
Posted by La Moda at 1:11 PM No comments: 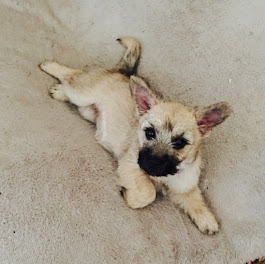 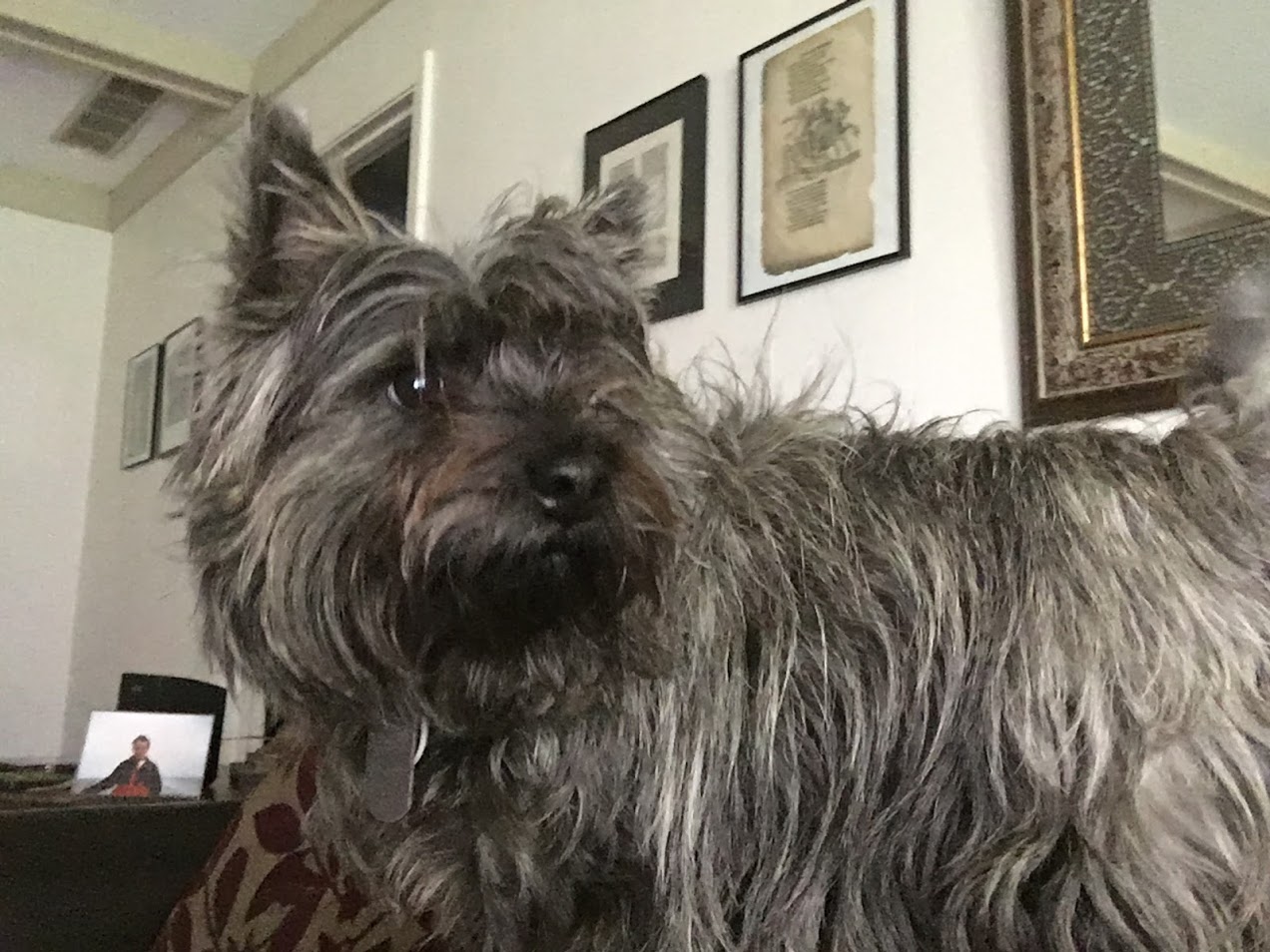